76ers GC had an uncharacteristically horrific season three. It took Radiant a bit too much time to find his stride. Jeff Terrell is one of the best coaches in the NBA 2KLeague. He always finds a way to get the best out of his team. Last season, his guys weren’t the best, but towards the end of the season, that team was beginning to look like something special. Unfortunately, it was a case of “too little too late”. The ending of last year was the beginning of exciting seasons to come.

They completed a trade with Blazer5 Gaming that sent both Scretty and Breadwinner to Portland, and in exchange, they received one of the most consistent centers in the league, Dayne Downey (OneWildWalnut). Walnut is known for his ability to grab rebounds at an elite level, leading the league in that category with 14.8 per game. The league’s first-ever MVP packed his bags and headed to a new home after a tough season three where Blazer5 Gaming struggled to find consistency.

On draft night, the 76ers completed a trade that sent one of the best point guards on the planet to Detroit. In return, Philadelphia received three draft selections (No. 4, No. 39, and a 2022 first-round selection via Pistons GT). That leaves Steez (Alexander Bernstein) as the only remaining player from the season one roster. Radiant’s departure left big shoes to fill and they are looking towards a rookie to fill them, which brings us to draft day.

76ers GC had to fill the large void at point guard and they needed to do it early. The team had their eyes on 630, but he was taken at the number two overall pick, which means one of the best guards in the class fell in their lap. Andre Marshall (Dre) was selected number four overall, and is expected to be their new lead-guard and offensive commander. Dre is one of those players with an insanely high ceiling but he just needs aid in reaching it. He is teaming up with a couple of veterans in Steez and Walnut, so I feel as though this is the perfect fit for Dre. They can shape him into being one of the best guards in the league if he is attentive to their critiques. On top of those veterans, he has one of the best coaches in the league’s history to assist him in his new endeavors.

Now that Philadelphia has filled their void at point guard, they needed a sharp to compliment Dre and the team’s defensive needs. This class was stacked with plenty of solid shooting guards, so it would’ve been difficult to pick who they wanted if one of the best wasn’t still on the board. Fortunately for them, they had a second lottery selection (No. 12) to utilize. Robert Ruiz (Caliraq/Cali) was selected at twelve overall in the NBA 2K League draft. Cali was widely known as one of the best pure shooters in the class. Winning is essentially in his DNA, as he has been winning seemingly incessantly for months. Dre is the type of point guard that needs a passive scorer on his wing. Cali is the PERFECT compliment to Dre’s scoring ability.

To round out the team, they needed to find a defender that can handle to difficult task of keeping opposing guards at bay when matching up. Instead of putting complete trust in a solo third-round pick, the front office decided it was best to take a lock with each of their remaining picks. The first lockdown defender the team went with was Elijah Spears (UnderratedGoat) at thirty-nine overall. Eli is one of the most stout on-ball defenders in the class. The biggest concern I have for him is his offensive game. I have been watching Eli play 2K for a long time now and two things are consistent with him. First off, he is extremely good at staying in front of his man and keeping him locked down for any amount of time. He is a true one-on-one defender. Secondly, he has tendencies of lackluster offensive ability. He isn’t the best shooter from what I have seen in recent months, but that doesn’t mean that can’t be improved. Sometimes all it takes is a reason to improve, and a million dollars sounds like a million reasons to do so. The last guy they went with (sixth man) goes by the name of Brandon Raudenbush (ToxSik/Tox). Tox is a guy that we have seen in the league for many years now. He is basically a security blanket for this team just in case Eli doesn’t pan out, but he is also a great glue guy that will keep everyone in high spirits no matter the case. Regardless of his role, Tox always seems to suffice whenever called upon.

In conclusion, this team has the ability to make some serious noise this year. They have a strong upside if each individual player can find their niche on the court and in the locker room. I am extremely excited to see how they mesh together and perform. My biggest concern with this team would be the youth of their backcourt and the uncertainty at their on-ball lock position. If Dre and Cali mirror what they do on retail, this team will be lethal. We know their veterans behind them will be solid regardless of how their young guards perform. Again, if this team hits their stride, it will be scary, but we can’t put all of our faith in a rookie backcourt without seeing them perform on the league build first. This is why I give them a 9-5 record with a strong upside. 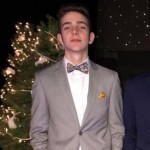